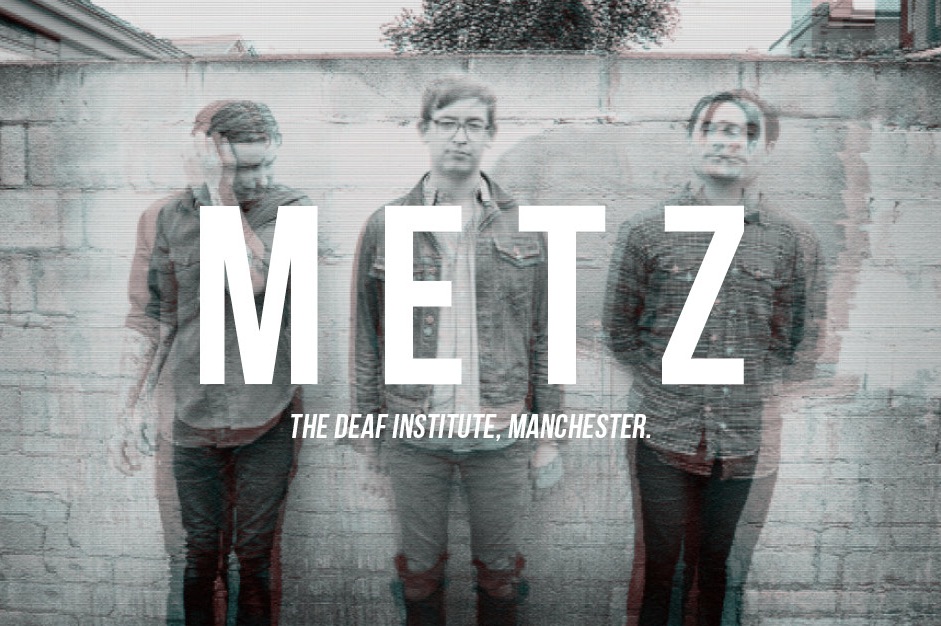 Manchester’s stunning boutique venue, The Deaf Institute is happily sheltering an abundance of young adults from tonights wintery November nip. With it’s vintage wallpaper and am-dram style theatre seating plan, this small space will soon play host to a selection of grunge inspired noise from one of the loudest names on the scene.

Meanwhile, The Wytches youthful appearance is a deceiving introduction to the Peterborough-based three-piece. Their mature sound is held together brilliantly with a rumbling of mewithoutyou-esc melodies and ear-splitting guitar solos. Despite the obvious comparison to Nirvana when playing live, the band are impressive and captivate the audience, who are all in agreement with their seemingly effortless conduct on stage.

After a brief puff on a rollie, held tentatively between shaking hands covered by finger-less gloves, it’s back to the busy bar for a can of cheap lager. You notice a distinctive, brightly coloured puffy-muffler has appeared on stage, which can mean only one thing. METZ will be up shortly.

There’s very little crowd interaction throughout the trios blistering set. They politely say “thank you” at the end of each song, and then introduce the next. “This one is dedicated to you guys”, announces guitarist and singer Alex Edkins. You almost get the sense that the band is timid in front of this sizeable crowd. Maybe it’s nerves?

Their songs however, are anything but timid. Screeching feedback and filthy, beefed-up bass riffs shake the room vigorously. Mix that with a battering of drums and lunging bodies, and it genuinely makes the second storey venue wobble in earnest. ‘Wasted‘ sees half the room worryingly anticipate that the floor might give way at any moment. Whilst the other half simply couldn’t care less. They throw themselves at each other and many beers are spilt.

New songs are plentiful tonight. This tour is the perfect opportunity to showcase them. And rightly so. It’s been almost two years since the bands critically acclaimed self-titled debut album. And whilst the new noise is refreshing, it’s lacking in the ballsy, riff-heavy structures that we know and love.

By the time a very sweaty, and visibly knackered METZ leave the stage to a well-deserved round of applause, you realise that it isn’t their new material that is going to leave with you as you venture out into the cold. Instead, what ultimately, and perhaps most impressively sticks, is the deafening onslaught of sheer noise that’s utterly relentless when they are on stage. One thing METZ do very well, is leave a numb ringing sensation lodged within your skull that’ll last well into the next week. And that’s by no means a bad thing.

One thought on “Live Review: METZ”