Kingston’s finest four-piece enter with ‘Over in Brooklyn’ which leads directly on from their debut. It’s hard hitting with catchy rhythms that crash into brilliantly bright vocals. This second LP is in some respects completely different to their previous, thanks to the introduction of keys, yet their unique songwriting still entertains and enthralls. 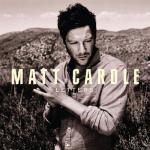 Porky faced X-Factor winner Matty has finally released his debut. Instead of wasting his time on this generic attempt, he should’ve written letters to the victims of 9/11 explaining why he believes in the conspiracy (The Big Issue No. 971). That would have been far more interesting than this crap he calls music.